Obviously we expect Sixth Form students to behave with a certain maturity, so discipline as such is not really necessary. However, a close check is kept on attendance both in general and at lessons. Students who are absent are expected to bring a letter of explanation from their parents. If we detect a pattern of absences we will contact the parents to ask for clarification. If it is discovered that a student is missing certain lessons without a valid reason, parents will be contacted immediately.
Most students have some time when they have no lessons time-tabled and they are allowed to study at home. This generally enables them to get more work done away from the distraction of friends in school and should not be treated as free time. However, if we discover that someone is not working hard enough or is persistently late, then we may ask them to stay in school during their study time so they can be more closely monitored.
In 95% of cases the sanctions mentioned above are not needed as the vast majority of our students realise that they are here primarily to work. However, the systems are in place to push students a little harder if we feel they need it. Not all young people can motivate themselves and we feel we provide an environment with just the right balance between discipline and freedom to get the best out of students.

The Sixth Form block has a well equipped common room. Most subjects are taught in departmental areas where facilities and resources are good. All science classes are taught in the laboratories, while other departments have classrooms which are almost exclusively for Sixth Form use. Computers are also available for use by sixth form students.

The Sixth Form and School Councils

The Sixth Form Council is a nominated group that meets approximately once every half term to discuss matters relating to the Sixth Form and any problems that may have arisen. It consists of two members of each form and is attended by the Progress Leader. Its function is to provide a forum at which students, through their representatives, can raise issues that concern them about the general running of the Sixth Form. In the words of a recent member, “It is good to be involved in the running of our sixth form and I would recommend it to any new student”. Year 12 student.
Two members of the Sixth Form also serve on the School Council which meets regularly and benefits from the experience which our Sixth Formers can bring to the discussions.

Responsibilities in the Sixth Form

There are now many opportunities for involvement and responsibility which any student can volunteer for and become involved in. The responsibilities include:

Social events are organised for the Sixth Form throughout the year and prove to be very popular with students and staff.

The Catholic nature of the Sixth Form underpins the entire philosophy of the approach to students and staff. We encourage each of students to be treated as an individual and as staff we strive for our pastoral care to embody the life of Christ.
Our Sixth Form students have always shown a willingness to become involved in the various charity appeals in which the school participates. Our students are encouraged to use their many gifts and talents for the benefit of the local community and those less fortunate than themselves. Some examples of their efforts and generosity are listed below.

As well as raising money and giving of their time freely, many of our Sixth Form students are involved in a wide range of voluntary work in their local communities. We consider these dimensions of Sixth Form life to be extremely important and valuable. They are a major factor in the continuing spiritual development of our young people and we greatly appreciate the contributions they make to the Christian spirit of our school.
We celebrate the students’ time in Sixth Form with a Leavers’ Mass for Year 13.

This school has a history of Sixth Form involvement with the Special Needs Department. In recent years, many Year 12 and 13 pupils have gained valuable educational experience by devoting one free period a week to assist pupils with Special Education Needs through an in-class support/paired reading scheme. Sixth Formers have much to offer in their chosen subjects towards the support of younger mainstream pupils experiencing difficulties. We have recently extended this support scheme to include Maths and English support for younger pupils. Students are voluntarily working with younger students and this is greatly appreciated by staff and students alike. It is also useful experience of volunteer work to add to UCAS forms and job applications.

Students in Holy Family Sixth Form should ensure that their appearance is appropriate for a professional, working environment. A good guideline is that each student should feel confident that they have dressed appropriately and professionally, to set a good standard and example of appearance within the school community.

All Sixth Form Students:
It is important that Sixth Formers are identified as a member of the school. To that end, sixth form students must wear an identity lanyard badge at all times. Badges and lanyards are supplied free of charge to students, but any losses will incur a replacement cost.

Thank you for supporting the Sixth Form Dress code. We are aiming for a standard which would be appropriate in a formal, office environment. Therefore any casual clothing or footwear will not be accepted. Those who do not adhere to this policy will be asked by a member of the Sixth Form team to return home and change into something appropriate. Jewellery and make-up must be discreet and in keeping with the formality of a professional dress code. This is a Sixth Form privilege and may be withdrawn if abused. 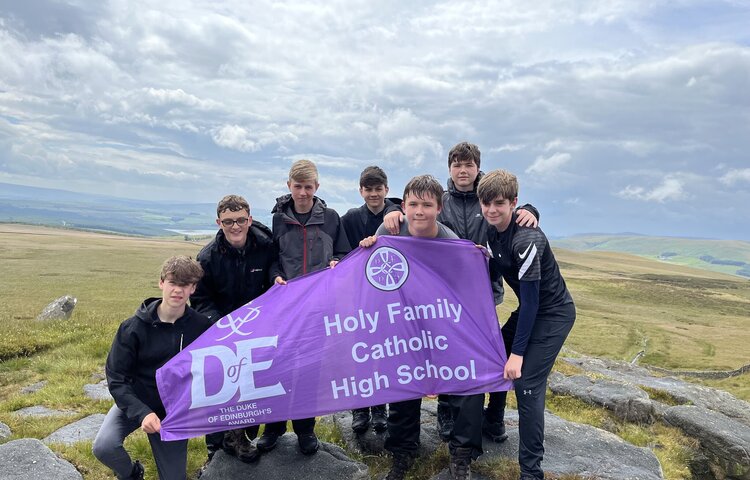